Tackling large-scale projects with world-class creative means having a team that works like a well-oiled machine. Armed with a rock solid process and the experience to anticipate complex production challenges before they become problems, means we get things done on-time and on-budget.

Geoff DavidsonPresident / Creative Director
Geoff oversees the daily operations and growth of the company. He’s involved in every aspect of the production process including; business development, treatment and storyboard development, client relations and project management.

From an early age, Geoff was fascinated with film. Not only films themselves but it was the behind the scenes and how they were made that really grew his love for the craft. Creating a product that can generate conversation and emotion sparked intrigue and passion within that he continues to bring to each project to this day. With over 13 years of industry experience, he’s directed and produced over 200 spots such as national ads for the likes of Coca-Cola, Infiniti, Kubota, Loblaws, TD, Flight Centre, Volvo, Toyota, Lexus, Rogers, Cadillac, Acuvue, Sailor Jerry Rum. Additionally, he co-created, produced and directed two national TV shows for Rogers Sportsnet and TVA Sports in Quebec. He’s also directed several national ads and films overseas for the United Arab Emirates. Some of his accolades include Best Film and Best Directing for two indie films as well as a Promo Award for Hendrick’s Gin. Geoff’s attention to detail along with his strong understanding of post-production gives him a unique vision to capture every job with cinematic excellence. 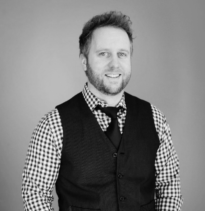 Marcus MatyasPartner / Producer
Marcus is a partner/producer at Raging Indifference Productions. He too has an extensive filmmaking background. Since 2008, he has been working with the National Film Board of Canada as a member of the dynamic Ontario Studio team and has contributed in the production of over 50 films, including several award-winning documentaries, three International Emmy Award winners, two 3D films and Sarah Polley’s critically acclaimed, Stories We Tell. Marcus’ attention to detail as a producer is second to none. Throughout the years at RIP he’s produced over 150 productions that range from corporate videos, large national web campaigns to broadcast television. Marcus’ passion above all else is creating productions efficiently and effectively – when it comes to producing, he is always striving to set a new benchmark.

We’re Right Around The Corner

We believe in collaboration. And, doing so face-to-face often yields the best results – we’re always within reach. So, if you find yourself in Toronto, Canada – stop by.